How is a private family trust taxed in India

The Indian Trust Act, 1882, governs a Private Trust. Private trust is a vehicle through which property can be transferred from one person (owner) to another for the benefit of an individual or an ascertainable group of people.

A private trust is created for the benefit of specific individuals i.e., individuals who are defined and ascertained individuals or who within a definite time can be definitely ascertained. A family trust set up to benefit members of a family is the most common purpose for a private trust. The purpose of the family trust is for the settlor to progressively transfer his assets to the trust, so that legally the settlor owns no assets himself, but through the trust, beneficiaries get the benefit of these assets.

Private trusts can act an effective estate planning tool if you have a special child, a large business to be transferred to the next generation or a large estate to protect. Although the formation of a private trust resolves many issues, a lot needs to be considered in making a private trust, especially from the taxation point of view. As the income of a trust is taxed differently in different structures, careful planning is required to reap benefits without draining much money in the form of income-tax.

As the income of a private trust is available only to the beneficiaries, taxation is carried out according to the structure in which the income has been received.

From tax point of view, there are two structures under which the income of a private trust is taxed:

Specific trust: Here the income is received by the representative assesses on behalf of a single beneficiary. As the individual share of the beneficiary is known, taxation is done accordingly. For instance, it should be clearly stated in the trust deed that XYZ would get 50 per cent of the total income of the trust or the author’s son will draw the entire benefits from the trust.

Discretionary trust: With more than one beneficiaries, the individual shares are not known. Here the income of the trust is not received by a representative but determined by the trustees.

The Supreme Court in case of Nizams (supra) has held that

“It is also necessary to notice the consequences that seem to flow from the proposition laid down in s. 21, sub-s. (1), that the trustee is assessable” in the like manner and to the same extent “as the beneficiary. The consequences are three-fold. In the first place, it follows inevitably from this proposition that there would have to be as many assessments on the trustee as there are beneficiaries with determinate and known shares, though, for the sake of convenience, there may be only one assessment order specifying separately the tax due in respect of the wealth of each beneficiary. Secondly, the assessment of the trustee would have to be made in the same status as that of the beneficiary whose interest is sought to be taxed in the hands of the trustee….And, lastly, the amount of tax payable by the trustee would be the same as that payable by each beneficiary in respect of his beneficial interest, if he were assessed directly.”

However, if the beneficiaries are carrying different status, then the status of the trustees cannot be determined. In such cases, the Courts have held that the trustees should be taken an assessable unit liable to be taxed as an individual (as discussed above).

However, as already specified earlier there cannot be any double taxation.

Section 164(1) states that the income of an indeterminate trust would be taxable at MMR. Though it uses the word ‘charge’, section 164 does not create a charge [See Kamalini Khatau (supra)].

Proviso, to section 164(1) provides for exceptions to the above rate of MMR and in case of such exceptions, the rate applicable to AOP would apply.

Further, section 161(1A) which provides for taxation of business income at MMR, would equally apply in case of indeterminate trust.

Also, as discussed earlier, special rates as are applicable to special income like long term capital gain would continue to apply.

The various points to be kept in mind for tax planning purpose while opening a family trust are as follows: 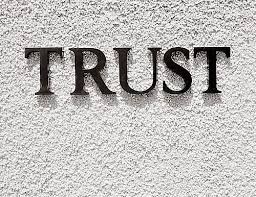 What is Hindu Undivided family? Hindu undivided family (HUF) is a Joint Hindu family with common ancestors. The Hindu Succession Act, defines a HUF, as 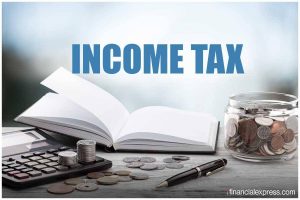 Extension of Income Tax filing due date for FY 2019-20

1. The due date for furnishing of Income Tax Returns for taxpayers (including their partners) who are required to get their accounts audited [for whom 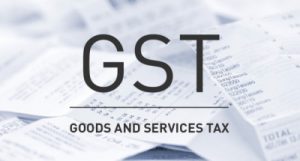 Extension of due dates for GST Annual Return and Reconciliation Statement for 2018-19 to 31st December 2020.